The Avengers has been in cinemas for ages now. Today I noticed that there are a lot of nice butts in that movie. Someone should make a montage of all the butts in the Avengers. There are seriously so many closeup shots of sexy, athletic, superhero butts!

I’m yet to start watching the current season of True Blood. I forgot it had returned for a while. It’s kind of a good thing though because True Blood episodes are more enjoyable when watched back to back (I don’t handle suspense well).

Was contemplating hitting up a bar with the friends tonight but I chose to wash my hair and watch T.V instead. Work is draining me!!

So this has been 7 days in the life of me. Just an ordinary, average, boring, mostly disappointing week. Sadly, the most exciting thing that happened to me was getting my wallet stolen at a nightclub. Such is life I guess!

Looking back at the lack of action and un-productiveness (that’s not a word) I’ve kind of been inspired to be less lazy and make more of an effort to do something with my life. I need excitement! Excitement will be had! 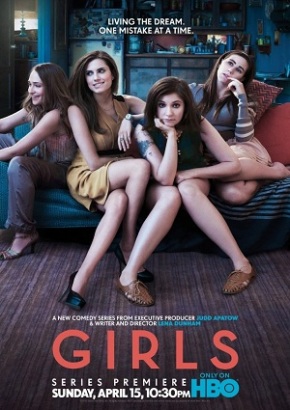 HBO’s new comedy, Girls is insanely good (imo). Lena Dunham, a 25 year old New Yorker created, wrote, directs and stars in this hilarious new show.
It centers around the lives of four twenty-somethings, trying to start their lives in New York.
The uncomfortable, awkward humor and acting is just perfect. Only problem is, the episodes are only half an hour! I’ve heard mixed reviews about it but considering the heart and soul Denham clearly puts into the show, I can’t help but idolise her efforts.
Many LOLs are had throughout each episode without fail, but I keep thinking at the back of my head that that is so going to be me in like, a few years time.
I will be so gutted if this show doesn’t get picked up for multiple seasons!